Yep that’s right… I was a contestant in the Jackson Hole Rodeo this Wednesday. Josh, Steven, and I joined forces to take on the “Grab the Bull by the Horns” event. Let me explain how it works.

There’s a rope tied to a steer’s (small bull) horns and a ribbon tied to its tail. The steers start in the respective team’s gate, with the team members outside in their places.

There are 3 people to a team.
1. Anchor. This was me. The anchor has hold of the other end of the rope that’s tied to the steer’s horns.  He’s supposed to pull the steer across the cones and then help the Mugger get the rope off its horns.
2. Mugger. This was Steven. He opens the gate then gets the rope off the horns, typically by doing a little wrestling work.
3. Runner. This was Josh. He starts at the opposite end of the arena and runs to take the ribbon off its tail.

We then all run with the rope and ribbon to our gate and close it. First to do so wins.

So without further explanation, here’s the video of us doing it:

We made a couple mistakes… which we plan on fixing next time. 🙂

1. I didn’t pull as hard as I could for getting it to the cones. For some reason I expected it to run that way automatically. Bad assumption. 🙂

2. We didn’t direct it very well, and therefore it was a mad scramble which made it hard to get the rope off.

Oh well, lessons learned! We had a blast though!

By the way, here’s the sunset that night: 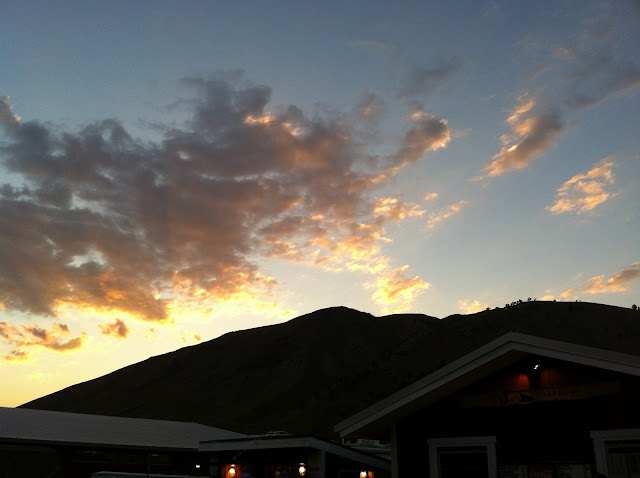